My son and his dad have a game in which my son pumps his legs hard and gets one of the swings on our creaky set to as high as he can without giving me a heart attack, and my husband rolls a hula hoop at him, which my son is to either avoid making contact with, or kick, which is what usually happens considering the dents in the hula hoop. As they played this game recently, a dusk favorite, I watered the newly planted (and proving to be delicate in the current heatwave) dymondia in our front yard. A woman screamed. A man yelled. I heard gun shots—three of them. Bam. Bam. BAM. I returned the hose to its spot by the hibiscus tree and hurried to the sidewalk, even though I shouldn’t have hurried anywhere but inside my house, my house in suburbia, my house on the fairly quiet and (for our desert-imitating city) rather leafy street the ice cream truck visits regularly. BAM. Okay, not a gunshot, I thought, probably a door. I peered down the sidewalk. An elderly woman lingered by a minivan parked in a driveway several houses down from ours, a house I knew children lived in, two kids younger than my son. The elderly woman saw me see her and turned her head as though speaking to someone. The someone appeared and waved at me. “Sorry, Sweetie,” he addressed me. “Her husband is sick,” the man said, spreading his arms wide and

shrugging. “There’s nothing we can do about it.” He began walking towards me. “Nothing we can do, Sweetie,” he said and my palm shot out and I stopped and silenced him with The Hand. I didn’t mean to. It just happened. And then I turned and walked into my house and into our backyard and told my husband what had happened, using words in such a way that our son would not be able to understand what the hell I was talking about.

“Why did he call me sweetie?” I asked, irked. Look: I’ve grown hard. My childhood was filled with slamming doors and men yelling so loudly I thought they were killing women I knew well. Seriously. I was sorry for their burden and craziness down the street, but I never wanted to see the man who called me sweetie and insisted that nothing could be done–again. “YOU COULD HAVE BEEN KILLED,” my husband exclaimed, turning that into a Disney-ish song, “Killed for sugar cookies I love sugar cookies, so good, good, goodie,” as he rolled the hula hoop at our son. The hoop was promptly made airborne by giant 7 1/2 year old feet.

The next day I was shopping in Trader Joe’s. “YOU ARE STUPID! YOU ARE STUPID STUPID MAN!” I dropped the bag of organic frozen strawberries I was holding and looked up. People coming down the aisle had expressions of disgust and anger.  I hurried to the end of the aisle and over by the customer service counter saw an elderly man with a shopping cart filled with 3 large cartons of milk and nothing else yelling at the store manager. “YOU THINK YOU ARE SMART? YOU ARE STUPID! I AM TELLING YOU YOU ARE STUPID!” the man carried on. As he yelled and berated the manager, his eyes darted around the store, as if he knew people were watching? As if he wanted people to watch him? As if he expected some kind of support from us jerks just trying to remember what was on our shopping lists that we’d left in our cars? “GODDAMN YOU TO HELL!” the man shouted. I couldn’t bear it. Children were in Trader Joe’s, kids innocently shopping with their parents. I wanted the man to knock it off. I wanted to walk over and take his cart from him and roll it into the parking lot and turn it over so that the milk would spill out of the cartons and instantly curdle on the heat-baked asphalt. Like I said, I’m pretty hard now and that’s what I wanted to do. Instead, I left the store.

Oh, planet–pretty, pretty planet–how red you are as you defy us all.

It was late. My son was asleep, my husband was asleep, I was in the kitchen making my son’s lunch for the next day, scooping coffee into the maker and setting the timer, filling stainless steel water containers, slicing melons, doing the things I do so mornings won’t be chaotic. “F***!” I heard and went into the living room where our new doggie  growled like an agitated Ewok, which he resembles, except he’s gray, not brown. I peered out the windows. The house across our street recently sold. It was billed as ‘California Contemporary’ and, in my opinion, overpriced, although because it sold (quite quickly) I suppose the value of our house has gone up. The new mistress of the house was clambering out of a giant white pickup truck I knew was usually driven by the master of the house. “YOU F***ING A******!” She stormed into her charming, recently painted new digs. He cut the engine and followed her inside, yelling, “BLAH BLAH BLAH!” “F*** YOU!” Their front door slammed.

And I thought: There are many realtors in this vast, overheated old valley. And then I gave the couple across the street The Hand, knowing, of course, that they couldn’t see me. But I gave them The Hand anyway.

Labor Day. I couldn’t tell which were the legitimate BBQ scents and which the trees burning in forest fires near and far. Our Labor Day was filled with chores and the walking of the dogs, board games and later Wii as I ironed clothes for the week for all of us. After my son was in bed, I remembered I’d left the box turtle in her outdoor condo and raced into the yard to retrieve her. I had just located her with the flashlight (she had sensibly tucked herself beneath sprigs of lavender I’d laced her condo with) when I heard a door slam in the recently rented house next to us–the nicely manicured little ranch house with the pool. A man yelled: “YOU ALWAYS RUIN IT! EVERYTHING IS GOOD AND THEN YOU F***ING RUIN IT! I’M SICK OF IT!” This proclamation was followed by much door slamming.

I went inside our house, deposited the turtle in her terrarium, and joined my husband at the dining room table serving–despite our newly renovated office–as our office. My husband is deaf in one ear. What I say and what he hears is occasionally a source of vexation between us.

“It is to the East of us, and to the West. It is to the South of us and now North,” I said softly, partly just to mess with him and mostly because my hands were trembling and my legs felt wobbly.

“Hm?” he said, tapping on his laptop’s keyboard.

“I want to move,” I said, loud. “But nowhere Cheever-esque. Or worse.”

“Sugar cookies,” my husband said. He looked up from the computer and gave me a smile filled with warmth and empathy. “Sugar. Cookies. Now get to work.”

UDATE: I have not seen the sweetie man since, despite my daily dusk watering of the dymondia. The man and woman across the street waved to me and said ‘hi’. I did not give them The Hand, but used my hand to return their greeting. Next door, no doors have slammed of late and I exchanged pleasant smiles with the people there. My husband and I are both Pisces. Our son is a Scorpio. We like to look at Mars through telescopes. 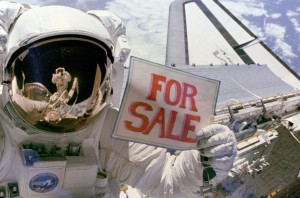 And speaking to a realtor in December.

5 Responses to Sugar Cookies (‘Is Mars in Retrograde’ Edition)