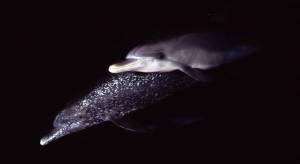 "Stay alive and don't get caught!"--Anon

Soon, this extremely amateur marine scientist, dolphin lover, anti-orcas-in-big-pools-putting-on-shows type, One Who Is Against Ray Petting Whether 2 Fingers Are Used Instead Of Your Whole Hand Or Not As You’re Still Diminishing The Ray’s Mucus Layer And Once That Happens They Get Sores–You’ve Seen The Sores, Haven’t You? Come On! Haven’t You!!!, lover of sea animals swimming freely in the ocean where they belong, even sharks, even maneating sharks—soon this very person will be accompanying her little sister and several sure-to-be-out-of-their-minds-with-excitement kids to IT: Sea World. The forbidden theme park.

The awful truth is: I want to go. There. I have confessed. Do I feel better? Well…

I want to see bottlenoses up close, gaze at orcas, marvel over rays (but not touch them), and go on what appear to be really cool rides. I will be doing writing research. I will be the freak in the crowd jotting down bits about sheen, teeth, spines and what it feels like to walk through a transparent tunnel swarmed by sharks. I will also be the mother delighting in her son’s reactions to being up close and personal with the marine life he so admires in his books and that fill his bath tub and paddle pool. I know I’ll be choking back tears as the captives perform, which is why I will be wearing a pair of tastelessly large Paris Hilton sunglasses. As we wander the forbidden exhibits, I will be remarking upon conservation, respect for wildlife, the dangers of pollution and overfishing and shark fin harvesting and gill and drag nets and thinking wild animals are our friends when in fact they are wild animals and somehow I’m going to make remarks without sounding hypocritcal. Oh, PB—no, no. An impossible task. Because when your son and his cousins grow up, they will know that despite your well intentioned remarks, you—YOU—bought a slew of tickets to: IT. When your son is grown and working as a marine scientist/diver/conservationist/deep-sea submersible operator at the prestigious dolphin rescue facility in Florida, he will joke to his fellow scientists/divers/friends and co-workers about the time his mother took him to—to—oh dear. Perhaps he will even mention his trip to IT on the marine scientist lecture circuit, in auditoriums filled with school kids, to a packed house at Carnegie Hall.

And I won’t forget my notebook OR pen. Or the coupon that will get all the kids in free (there is that, anyway)…

And I will report back.